Exploration has always been motivated by the desire to get our hands on more resources. The recent anniversary of the Apollo programme reminded us that exploration for its own sake is a dead end. We haven’t been back to the moon in 50 years.

If we want space exploration to continue, there needs to be a reward at the end. Asteroid mining will be worth trillions and show us what a real space race looks like.

It will also teach us some lessons about economics. 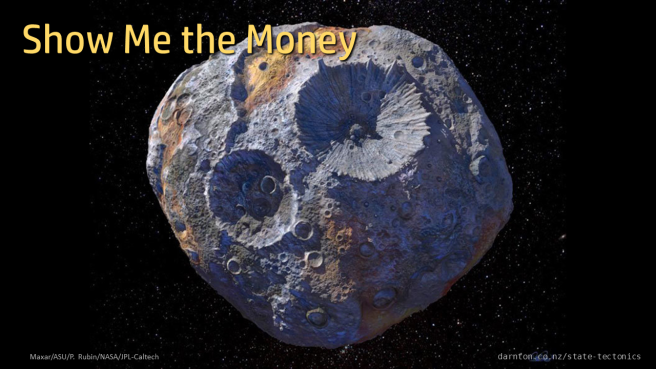 There are thousands of asteroids within easy reach of the earth and they contain vast quantities of resources like iron, nickel, and water, but also gold, platinum, and the rare earth metals used in electronic devices.

There’s no point travelling halfway across the solar system to find iron – there’s plenty in the vast red deserts of Australia – but the rare earths and the precious metals make asteroids an attractive target for miners. Rare earth elements aren’t really that rare but they are hard to mine, and supply is dominated by China,[1] something other countries worry about.

Platinum group metals occur only in tiny quantities in the Earth’s crust but are more common in asteroids. Total platinum production on Earth is about 160 tonnes per year. A small one-kilometre asteroid could contain 7,500 tonnes of platinum – 50 years’ worth.

Mission to the Metal

NASA recently announced that its Psyche asteroid mission is going into production for launch in 2022.[2] Psyche is a large M-type – or metallic – asteroid, believed to be the core of an ancient Mars-sized planet that lost its rocky outer layers in violent collisions early in the life of the solar system.

Psyche will be the first metallic asteroid that humanity has visited, so there’s plenty of science to do, but what really got the tabloids excited was the idea that it contains ten quadrillion dollars’ worth of gold and other precious metals, enough to make everyone on Earth a billionaire.[3]

Back Down to Earth

Gold trader Peter Schiff was quick to bring expectations back down to earth,[4] saying, “All this talk about getting rich off space gold reveals a horrifying economic ignorance,” adding, “even if we could haul a bunch of gold to earth from this asteroid, we couldn’t just hand it out and make everybody rich. It would just tank the price of gold.”

Obviously. If everyone on Earth has just been given 20 tonnes of gold, nobody’s going to pay $1400 an ounce to acquire more. It’s much the same as when the government of Zimbabwe replaced all their twenty-dollar notes with twenty-trillion-dollar notes. It didn’t suddenly make everyone richer. Quite the opposite – it destroyed the currency.

Gold is less prone to inflation than paper money, but it’s not immune from the laws of supply and demand.

The Gain in Spain Falls Mainly on the Reign

In the sixteenth century, Spanish treasure fleets brought huge quantities of gold back from the Americas. Spanish conquistadors were stunned by the quantities of gold and silver available in the lands they conquered and wasted no time in stealing it all and shipping it back home. The discovery and exploitation of the New World made Spanish traders wealthy. For much of the sixteenth and early seventeenth centuries, Spain ran a huge trade deficit, spending their new-found wealth on armies and luxury goods. 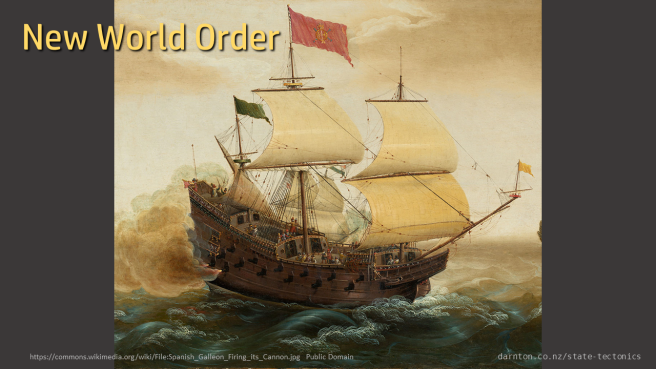 For many decades, the supply of money expanded and the supply of other goods couldn’t keep up, resulting in the Spanish Price Revolution,[5] a period of high inflation. Gold and silver flooded into Spain, pushing up the prices of agricultural and manufactured goods. A wave of inflation started in Seville, the port where the Spanish fleet unloaded their treasure, and spread across Western Europe as the new wealth made its way into the continent. Prices rose sixfold in 150 years.

This flood of gold was studied by economist Richard Cantillon.[6] The “Cantillon effect” describes how inflation happens gradually, with the first people to spend new money reaping the benefits of their wealth before prices increase, while those further down the chain feel the pain of increased prices before seeing any increase in income. During the Price Revolution, traders and the Crown got to spend the new gold, while the general population just saw their food getting more expensive.

Despite a few events like the Spanish Price Revolution, gold has been the best store of value – the hardest money – for most of human history. What makes gold such good money is that there isn’t much of it, it’s hard to mine, and it’s impossible to create from other chemical elements – characteristics that Nick Szabo calls, “unforgeable costliness”.[7]

The ratio of gold reserves to the amount produced each year is known as the “stock-to-flow ratio.” Even though other metals are rarer than gold, they are either consumed in industrial processes, like platinum in catalytic converters, or are so rare that reserves are never built up, like osmium. Gold’s use as money is a direct result of its high stock-to-flow ratio.

This is the feature that large-scale asteroid mining would wreck. The quantities of gold and other precious metals available in metallic asteroids would dwarf the quantities held in terrestrial reserves. Gold’s stock-to-flow ratio would collapse. It would no longer be unforgeably costly. An influx of asteroidal metal would send gold the way of wampum and aggry beads. Gold wouldn’t just lose value – it would lose the very characteristic that makes it money.

National currencies haven’t been backed by gold since President Nixon closed the “gold window” in 1971. The idea of gold as money may seem like an historical relic in this age of government-issued paper money, but many central banks still store large quantities of gold in their reserves. 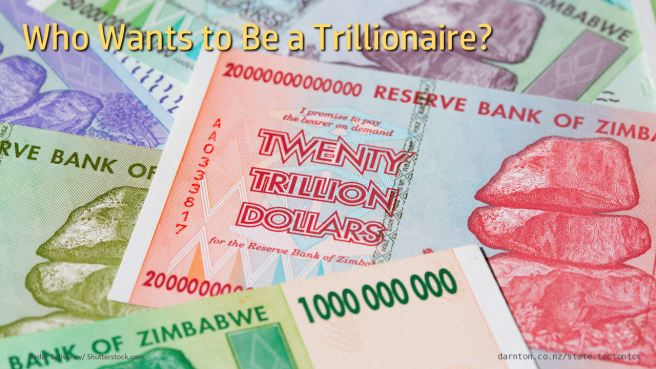 When that fails, currencies collapse, as we’ve seen in Zimbabwe and Venezuela. In this age of competitive devaluations, quantitative easing, and zero or negative interest rates, paper currencies look more vulnerable than ever.

The shift from gold to paper money may prove to have been a mistake. It would be painful but not impossible to go back. If asteroid mining becomes feasible, even that backstop would disappear.

If even the most precious resources become abundant, what will be scarce enough to work as money?

2 thoughts on “Who Wants to Be a Trillionaire?”