I’m an experienced software developer, working in C# and SQL, with time as a team lead and with some product exposure. Most of my working life has been spent around payments, financial systems integration, e-commerce, and logistics.

At the moment I’m working as a software developer for a business intelligence provder.

Over time, I’ve maintained a “little and often” approach to self-training, taking short courses on writing for the web and knowledge management and, technically, keeping up with topics like Blazor, GraphQL, and helping my son learn Python.

I have above average speaking, writing, and presentation skills, having spoken, mentored, and educated at Toastmasters clubs for years. I have run training on topics including storytelling, effective use of PowerPoint, and managing anxiety for public speakers.

My favourite working environments are cross-functional teams where I can share my skills, learn from others, and produce something valuable.

At Phocas, I work on the ETL team responsible for bringing data into the business intelligence system. To allow the business to grow more quickly, we are rearchitecting the application to reduce dependencies between different parts of the system. The goal is to allow teams to operate more independently and increase speed of delivery.

At BluJay I was part of the MobileSTAR Professional Services Group. I worked with clients to design and implement changes to MobileSTAR, our handheld device software for courier drivers.

My work in professional services included software customisation, system migration from on-premise to cloud environments, incident response, and advocating for improvements to the software development process.

I owned roadmaps for new goods shipping on Trade Me and Tradevine, our bulk listing tool for professional sellers. This role had responsibility for product management, technical delivery, and line management of staff and maintenance of relationships with third parties, such as providers of logistics and shipping services.

I also owned requirements and delivery of e-commerce features on the core Trade Me platform, with required coordination of work across various internal stakeholders: API, database, Elasticsearch, and Tradevine.

Prior to being a Product Delivery Lead, I was a senior developer in the transactions and payments squads working on Trade Me’s Pay Now system, credit card payments gateway integration, and the initial phases of Ping, Trade Me’s new payments system.

In this role, I advised on selection of new financial system, with responsibility for technical contact, requirements, and integration with NetSuite financial package. After the implementation of the financial system, I owned the technical side of the upgrade to Trade Me’s property invoicing system.

Before specialisation, Trade Me made it a priority to give new hires broad development experience across several areas of the business: property, jobs, and marketplace.

My development work was primarily in C# and SQL, with some VB.NET and JavaScript (including NetSuite’s SuiteScript).

Senior developer working on the Wellnomics Risk Management web application,, mainly in C# and SQL. Also responsible for set up and maintenance of Jenkins build automation.

Responsibilities included requirements gathering, design, and build of Sage CRM customisations, programming in C# and Javascript as well as building a tool for the automated construction of Word documents using the Open XML format.

At QV I worked as a contract developer maintaining both intranet and external web sites, working in ASP.NET. I built data export routines using SQL and XQuery for the proposed NZPEX (New Zealand Property Exchange) interface.

My role at Porirua straddled business analysis and data analysis, working with users of the Council’s property and rating system, Proclaim. Project work ranged from workflow analysis and requirements gathering to implementation of changes and database troubleshooting.

A workflow editing tool that I developed at Porirua cut the length of the design-build cycle and was later onsold to other local authorities that used the same Proclaim system.

Technologies used covered both the web and the desktop – VB.Net, SQL Server, Access, XML, and Javascript.

Energy Group was an energy management consultancy where I worked on web-based projects for the Australian government, such as the Australian Building Greenhouse Rating scheme.

These projects were built using either Java or ASP classic and SQL Server.

I became interested in web technologies while enrolled in post-graduate studies. While there, I contributed to web sites for the Physics and Geography departments, including building the first timed, self-scoring exam site for the Physics department, back when JavaScript was brand new.

At Toastmasters I have completed the public speaking educational programme covering the basics of public speaking and advanced topics such as technical and informative presentations and storytelling.

Within the club I have taken on administrative roles as treasurer, secretary, and club president as well as mentoring new members. Outside the club I have run training on topics including storytelling, use of PowerPoint, and managing anxiety. 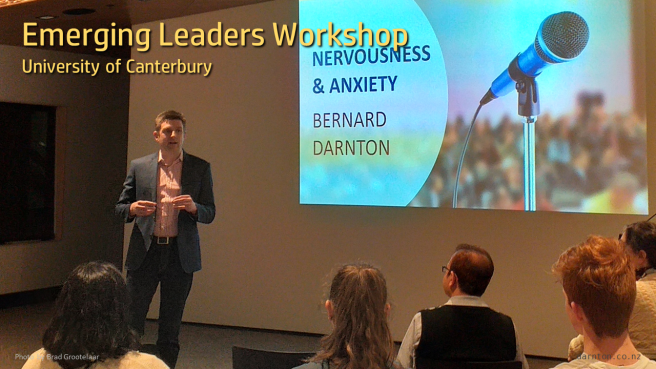